Positive News in the Crypto Market:

We mentioned last week that Grayscale had listed a few altcoin as a ‘potential’ future trust, but if you remember me mentioning, these don’t mean they will go to market, it merely means they are doing some groundwork to look at the benefits of these altcoin trusts to benefit their investors.
Now, with that recap, they have also filed another five altcoins – ATOM, AAVE, DOT, XMR and ADA.
Keep your eyes here everyone, it was only just filed on the 27th of Jan – wait for the announcement from Grayscale themselves.

Stock investor known as DFV, in WallStreetBet’s reddit, invested an initial $50K in Gamestop (GME). With the shift from buying physical games to downloading (similar to BlockBuster if you can remember), other investors were unsure why DFV made this move. However, a year later, that 50K became now, $47 million.

How and Why? Well, the demand for GameStop’s price; while no significant changes occurred in the business, was significantly driven by the fact Wall Street Institutional Investors (a hedge fund known as Melvin Capital) were ‘shorting’ the GameStop stock. Simply, betting that it would go down. Now, if you’re wrong – and you have shorted a stock that has actually gone UP, then you have now lost money (whatever the difference is).

NOW – there were two choices for the Hedge Fund shorting GME:

Nobody wants to report to the board they lost billions, if not millions, so option 2 it is. Now, this is when the tables really turned, when the retail investors in the Wall Street Bet’s Reddit came to know of the institutional investor’s plan, they teamed together to teach them a lesson. The retail investors began to purchase these stocks, reducing the supply and increasing the price. The hedge fund, with its ‘short squeeze’ plan, then had to purchase these stocks at a higher price in order to mitigate the losses. However, this move also benefited the redditors, and they were not budging.

Now how does Robinhood come into this? Robinhood, in response to the volatility on the platform, restricted users positions on certain securities (which includes GME) to position closing only. From there, they have backtracked this move, to ‘limited buys’ of these securities.  With users furious of this move, they quickly jumped to rate the Robinhood app a 1 out of 5, warning others. However, all 100,000 negative reviews suddenly were removed.

So where does Elon Musk come into all of this? Elon Musk is known to hate short-sellers, especially from his own experience with them betting against Tesla stocks. He took this opportunity to get back at them with tweets stating:

And then, he added #bitcoin to his Twitter Bio. If that isn’t a clear message of support to cryptocurrency, I don’t know what is.

DogeCoin: the sign of the #altseason. Could it be just around the corner?
According to history gains with the $DOGE coin, there is a correlation with kicking off the alt season. The pump came from the WallStreetBet traders as well as influential people such as Elon Musk himself (who is known to mention Doge here and there in the past).

They say the fear of missing out (FOMO) has surpassed the fear of losing money (FOLM). The concern with this action is that the price of a stock has not increased on legitimate grounds such as T.A. or fundamentals. Instead, this is a lesson, and if anything, exposes the masses of the risks and manipulation that can occur in stocks and potentially, cryptocurrency.

While decentralisation is ‘key’ and even the control on buying of GME from Robinhood sent a strong message that centralisation means you can be controlled and limited on what you can do to please any agenda they may have.

Negative News in the Crypto Market:

One of JP Morgan’s BTC strategists is classifying BTC along with gold, as a ‘risk’ asset rather than a safe one based on BTC’s history of behaviour against equity. Supporting this statement is also the ‘peak’ point of Grayscales BTC trust (GBTC), stating that while there is institutional and retail demand for the cryptocurrency gold, BTC may struggle to increase over $40K again based on the four-week pace of the flow into the BTC trust. Therefore, stating that the risk is investors will begin to unwind their positions in BTC futures.

On the 3rd of February, BLZ plans to launch their Mainnet after two successful testnet launches! The mainnet launch marks the arrival of decentralised storage that has the ability to operate at significant scale! Leading up to this launch, investors are seeing some hype in price action for BLZ!

Looking at Kava’s roadmap for the next year, there are some interesting events occurring as Kava Labs plans to upgrade Kava from five to eight every four months. On the 3rd of February, Kava aims to commence the Kava 5 Testnet launch.

This will be the second halving for TomoChain, and the last until it reaches its total supply of 100,000,000. The reduction will be from 2 million to 1 million yearly. Halving events can be positive if other factors are also in place. But generally, this can coincide with price action when a master node operator still needs to at least cover costs. Therefore, for a halving, the price needs to be at a point to balance the reduction in rewards received. Please note, halving will occur after 31,536,000 blocks are mined, which is approximately 2 years.

After a successful launch of CME’s BTC Futures three years ago, CME has now become one of the top BTC futures exchange by top interest. The news of adding ETH alongside the success of BTC Futures which came mid-December is a response to the demand from institutions to expand into other digital assets such as ETH. CME is building a bridge for institutional investors to get exposure to cryptocurrency.

Butterfly protocols are building an ecosystem to replace The Internet Corporation for Assigned Names and Numbers (ICANN) with a key selling point of ‘own your own name’, bringing power to the people and flexibility as well as incentivize on selling your name with an inbuilt auction site.

They received a significant amount of applications in their whitelisting (over 80,000 applications).  Although the whitelisting process is now closed according to their Twitter, if you’re seeing great potential for this token, you can participate in their pool when it occurs on the 4th of Feb on Polkastarter. According to their Medium, immediately after the release on Polkastarter, the token will be available on UniSwap.

Finxflo is the world’s first cryptocurrency exchange aggregator and Defi protocol aggregator. Whitelist Registration is open until 3rd of Feb. There are a few steps you’ll need to do in order to be considered, so head on over to their Medium Page and check it out.  Polksatarter Pools Go Live on the 8th of Feb.

This week, we released our PAID NETWORK ($PAID) gem review video – if you haven’t done so already check it out on our channel! The team also live-streamed the launch so if you want to know what to look for in a launch, check it out!

We also provided another GEM review before the whitelisting, which was for Bridge Mutual ($BMI). With all the hype on BTC and Elon Musk’s Twitter account, the team held a Livestream on the BTC pump and why it was happening.

One of our team members who was also our guinea pig in the crypto tax space, provided a blog post on the top 3 crypto tax accounting tools.

This week coming, we aim to provide our community with more GEM REVIEW’s and especially, more educational content!

For a quick wrap up of the week ending 31st January 2020, check out our video below: 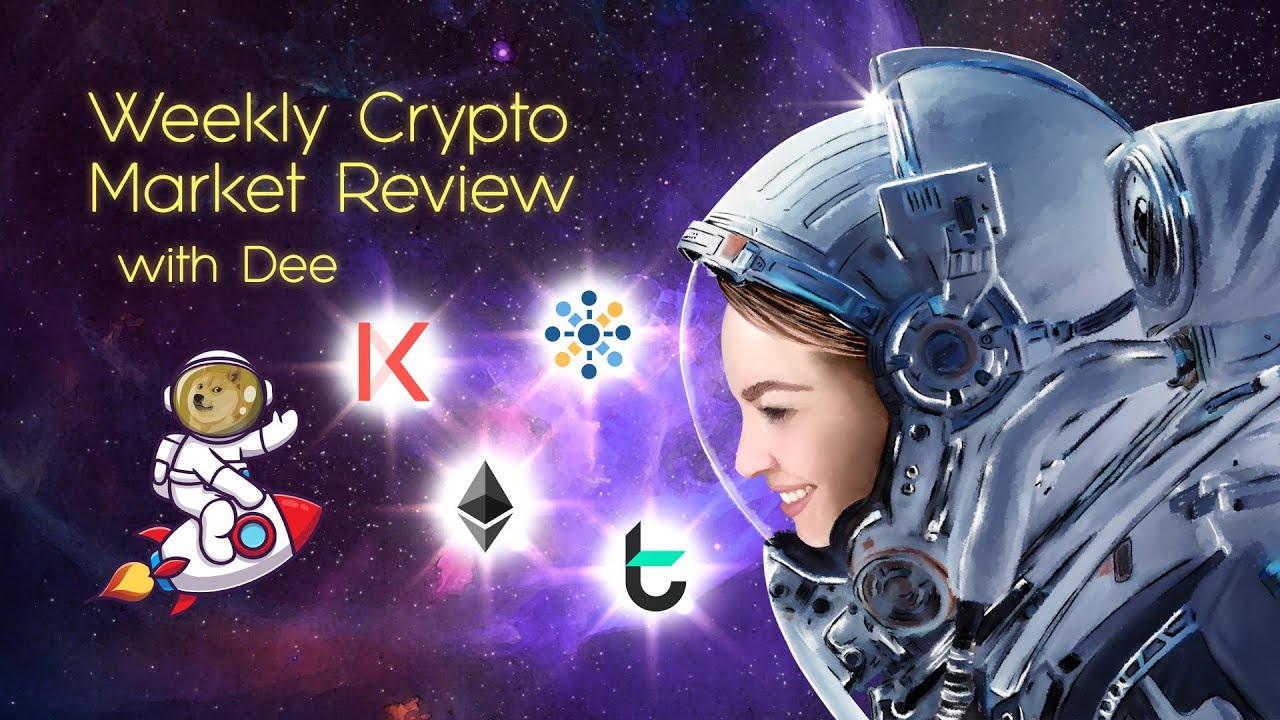 With $REEF's upcoming mainnet launch 🔥- our TA expert took a special look at #REEF's chart for some price predictions!📈

Check it out here: https://youtu.be/B9YG2Od-ZWM

Check out our AMA here: https://youtu.be/kJbNJT_Y7ss

Check out our analysis here🔥: https://youtu.be/aucetpr8ig8

Check out our analysis here: https://youtu.be/MJZ2sMrpcpE

The ADAPT Crypto Podcast
Join the ADAPT Group every week as they discuss the latest and most bullish crypto news, projects, and potential 100x plays. Originally an assortment of simian like crypto investors, the various hosts and panel participants have evolved amidst the storm of crypto evolution to be the perfect tour guide to the moon. It's just Another Day Another Play in Trading.
ADAPT Crypto's 2020 in Review
by adaptcrypto

ADAPT looks back on a powerful year for crypto and the world in general, assessing the unexpected twists and turns that made 2020 an unforgettable year

@ADAPT Crypto
Nothing on this website is financial advice,
Contributors to ADAPT Crypto are not financial advisors.
Everyone should use their best judgement, and do their own research before making any investments.